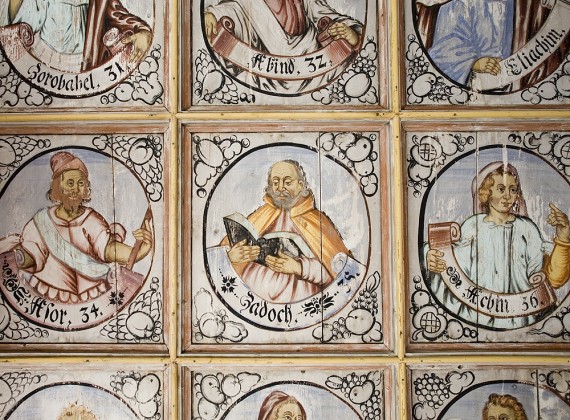 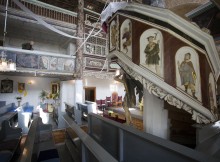 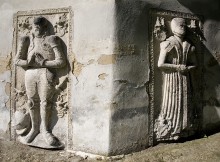 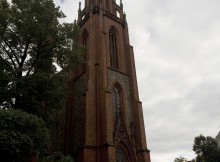 In the landscape of Lubań we can admire the magnificent neo-Gothic Church of the Holy Trinity. Its slenderness, expressed with a high tower and numerous steeple turrets has certain magnetism. Going along the Lubań bypass, it is difficult not to notice it. The church is one of the most beautiful religious buildings of Lubań County. It was erected in the years 1857–1861 on the initiative of the Monastery of St. Mary Magdalene, according to the project of a remarkable Silesian architect, Alexis Langer. The person whose unshaken persistence enabled the construction of the Catholic church in a Protestant town was Father Adalbert Anter. During the battle of Lubań in 1945, the church stood in the line of fire and was thus severely damaged. In the years 1957-61, due to the efforts of Polish Catholics under the leadership of Father Jan Winiarski, the church was rebuilt. Almost every piece of the interior fittings of the church emanates the spirit of the Gothic. Special attention is drawn by: the monumental painting by Eduard von Engerth presenting the Holy Trinity, altars, the pulpit and stations of the cross.

When in 1654 the Emperor Ferdinand III took the church from the Protestants from Gryfów, some of them, led by Pastor Christoph Adolph, came to Biedrzychowice, at that time lying within the borders of the Margraviate of Upper Lusatia. The Kwisa was then the border between Upper Lusatia and Lower Silesia. Soon, due to the kindness of John George I, the Elector of Saxony, a wooden church was built here. Because it was used by Protestants from numerous neighbouring towns and villages of Lower Silesia, it became known as the border church. The building owes its current form to a thorough reconstruction conducted on the initiative of Moritz Christian von Schweinitz in the years 1722-1724.

Inside the church there is a unique – in the Polish Upper Lusatia – baroque tomb of von Schweinitz and Festenberg-Packisch families – on its walls there are 14 tombstones in perfect condition. One of them is dedicated to the builder of the palace in Biedrzychowice. Right next to the entrance of the tomb we can see a tombstone of the first Pastor of this church, Christoph Adolph. In the church survived a richly decorated, 18th-century organ case and numerous inscriptions made by the faithful on the 18th-century matroneum benches (apparently by those who were bored).

Świecie (Schwerta): Church of the Sacred Heart of Jesus

On different forums and blogs there are posts in which people, often even from very distant places, mention a small church in Świecie as a real treasure. It is one of those rare cases when the opinions of amateurs are consistent with the view of experts of architecture. Where, therefore, lies the marvel of this building? The church is located in the mountainous, mysterious, romantic landscape. Secondly, it is surrounded with a very old stone wall. When going through it, one gets the feeling of exploring an undiscovered mystery. First of all, however, the church dates back to the 14th century, thus it can boast rich history and unique furnishings in the scale of Upper Lusatia. Its interior is decorated with valuable works of carpentry and woodcarving – now dying branches of craft. Its wooden coffer ceiling, ornamented with portraits of saints, is very impressive. On the matronea there are genre scenes from the Old and New Testaments. The decor is completed with an altar and a pulpit covered with polychromes and dating back to the second half of the 17th century. Following the roads of the Duchy of Czocha, one cannot forget about this real pearl of sacred art. 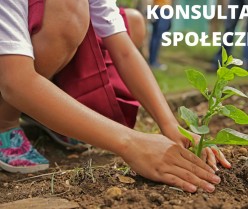 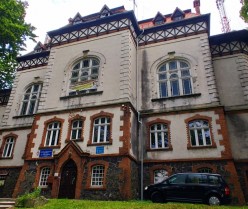 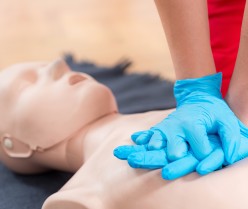 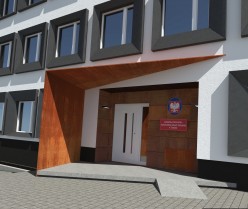